Rock sugar is refined, crystalized sugar used in Chinese kitchen to add shine to braised dishes or to sweeten desserts. 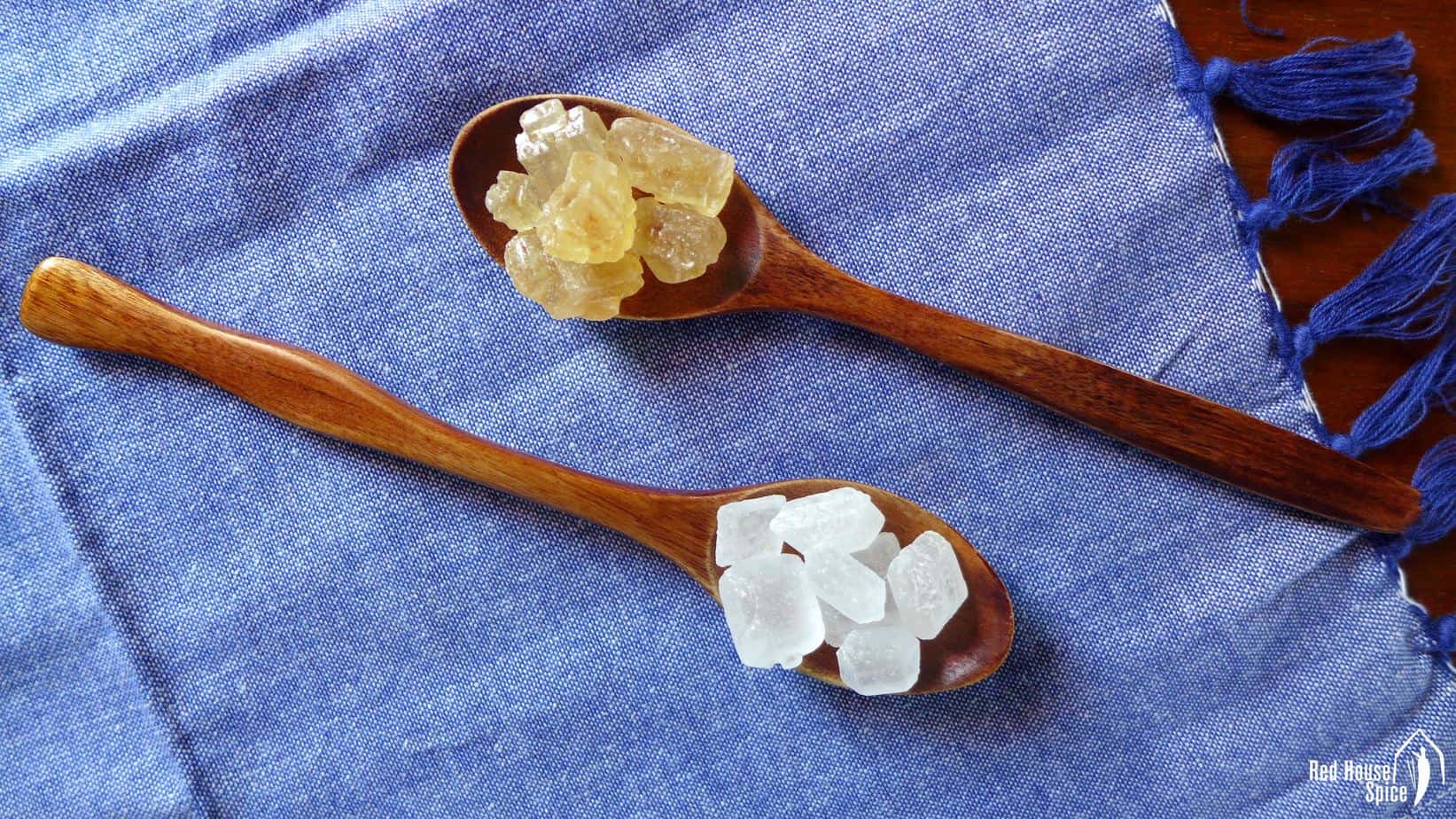 Rock sugar (or rock candy) is refined, crystalized sugar in small cubes or in irregular lumps. Lightly transparent, its colour can be white or light yellow. Compare to regular sugar, it has a milder taste, that is to say, it’s less sweet.

Apart from cooking, rock sugar is used to sweeten some Chinese tea. As you may know, Chinese tea, such as green tea,  jasmine tea, Oolong tea, white tea, Pu-erh tea etc., is prepared without sugar. However, rock sugar is often required in brewing Chinese tea like Chrysanthemum tea (菊花茶) and San Pao Tai (三泡台, a popular tea drink from Gansu, my home province).

In addition, rock sugar is considered to be an ingredient in traditional Chinese medicine. It is believed to have medicinal properties, particularly in easing sore throat and dry cough caused by the common cold.

Rock sugar is widely available in Chinese shops and in some Asian stores. If you have difficulty finding it you may replace it with regular granulated sugar if clearly stated in my recipes.