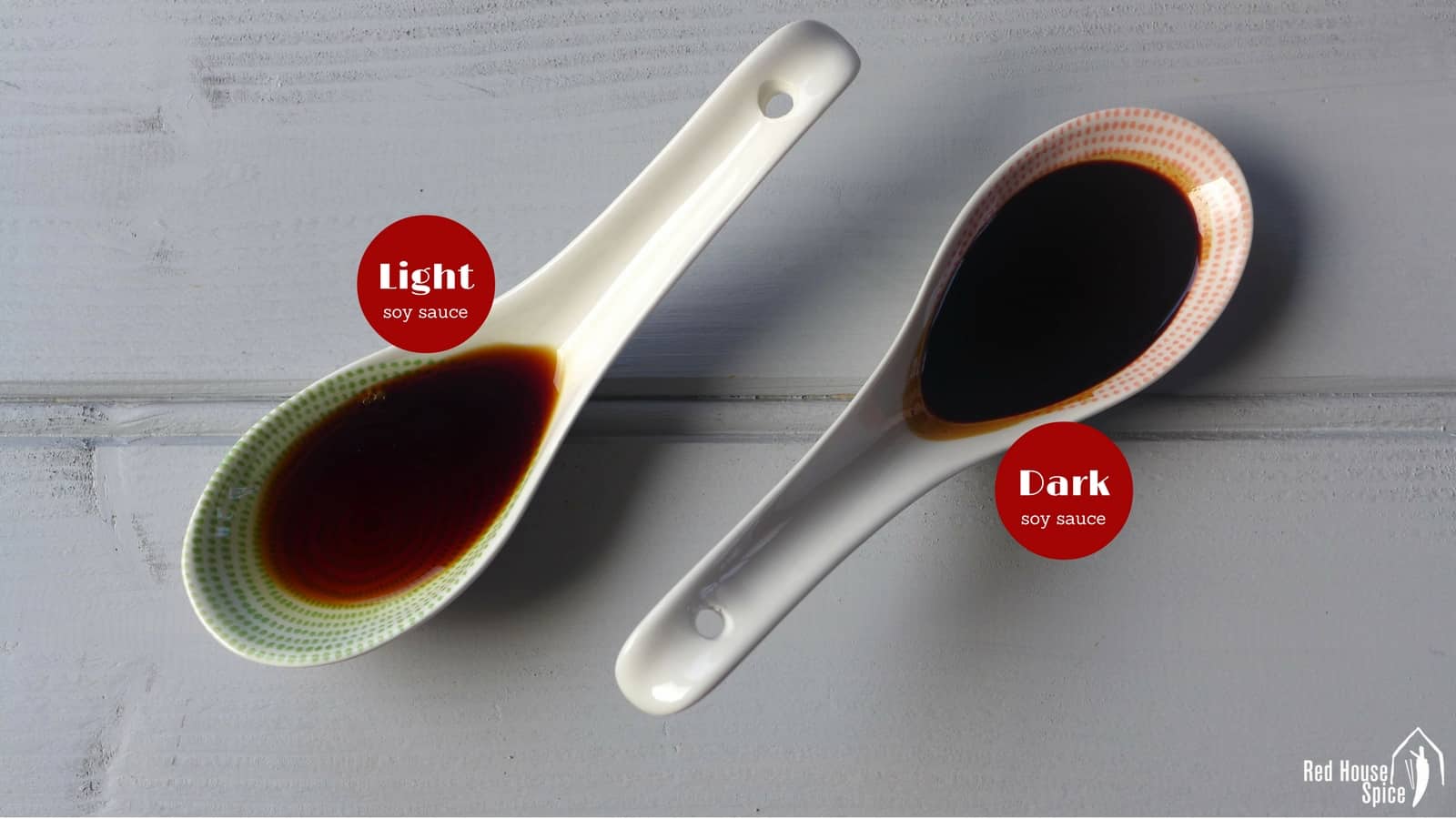 Soy sauce (酱油或豉油) is probably the most well-known among all the Chinese condiments. Invented in China in the 2nd century AD, it is loved dearly by Chinese cooks for its great flavour and versatility.

There are mainly two types of soy sauce commonly used in Chinese kitchens: light soy sauce (生抽) and dark soy sauce (老抽). Once I was asked by a friend: Does light mean reduced saltiness? The answers is No. Light describes its colour and consistency: a brownish-red water-like liquid, whereas dark soy sauce is pure black and has a much thicker consistency.

Light soy sauce is used during all kinds of preparation and cooking processes, as well as for flavouring all types of ingredients: dressing cold dishes, stir-frying, braising, steaming, marinating, dumpling filling seasoning, dipping sauces, etc. In my recipes, I always state clearly which type of soy sauce is called for. However, please bear in mind that when using other recipes or purchasing, soy sauce stands for “light soy sauce” if it’s not specifically stated.

Dark soy sauce tastes less salty and sometimes contains sweetener like molasses. It’s a great condiment to give an appetising final look to dishes. It’s essential for red-cooked (braised, 红烧) meat or vegetable dishes, such as Red-cooked Pork Belly. However, if you don’t have dark soy sauce to hand, please feel free to replace it with light soy sauce without compromising much the flavour.

As its name indicates, soy sauce is a sauce made from soybeans. However, it is worth noting that Chinese soy sauce also contains grains, such as wheat or barley. Gluten-free soy sauce is available in some Japanese brands, Kikkoman for example.

Another note: soy sauce from different countries or brands may vary in flavour, especially the saltiness level. Adjust the quantity needed for my recipes accordingly. I always buy soy sauce in British main-stream supermarkets (It’s cheaper than in Chinese shops). I found Lee Kum Kee is consistent in quality.